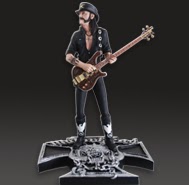 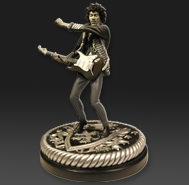 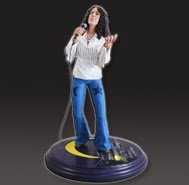 KISS is the frontrunner in the fan vote for induction into the 2014 Rock And Roll Hall Of Fame. As of Tuesday of this week, the legendary rockers have overtaken Nirvana and moved to #1 slot with 16.22%  to #2 Nirvana’s 15.9%.

Mötley Crüe frontman Vince Neil was recently asked by Vegas Rocks! magazine if guitarist Mick Mars' ankylosing spondylitis (a chronic arthritis that causes vertebrae in the spine to fuse together) was responsible, in part, for the band’s decision to call it quits in the next couple of years. Drummer Tommy Lee said as much in a recent statement, which Mick quickly refuted.

Added Vince, “I don't know why Tommy would say that. It really had nothing to do with Mick's health. It was just because we all felt — at least me and Nikki [Sixx, bassist] and Mick — felt that it was just we didn't wanna go out on the bottom. We didn't wanna be one of those bands that start fading away. We've been on top for 32 years, and it's great. And it's just like, you know what? By the time we finish this tour, it'll be 35 years of Mötley Crüe. So… that's really kind of it."

He added, “After this farewell tour, who's to say we won't play again? I could probably see us play way down the road — a concert here or concert there, maybe — but we're not, like, doing the KISS farewell thing, where they have their fifth farewell tour.” 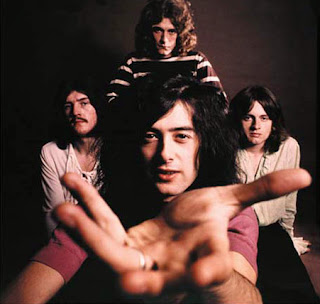 New music is indeed on the way from Led Zeppelin. Well, new old music, that is.  Guitarist Jimmy Page has confirmed that upcoming Zeppelin album reissues will feature previously unreleased material. "Each of the albums has been remastered but it also has a companion disc with it," he said in a recent interview.

"Let's take, for example, Led Zeppelin III — that's remastered from analog from the original thing. I know everybody does that, but what they don't do.. I revisited all the working mixes that were done at the time. There's different versions. Say, for example, there's 'Since I've Been Loving You' — there's an incredible version of that which is totally different, it's really raw in its approach, it's quite dramatic, it's cool. That's one little item of it, but what it gives is a companion disc to Led Zeppelin III. It'll come out in its own box and all the rest of it. Each disc will give a really intimate picture of the group. That's the idea that I've had with it and I think it's successful."

He added, “It'll come out next year. When I say 'it' — each box comes out separately." When asked directly if unreleased material would be included, Page responded, “Oh yeah. I can't tell you [what it is]… It's got to be a little bit of a surprise, I can't give all the games away." 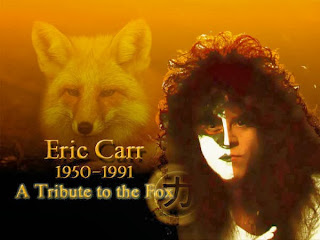 November 24, 1991: Eric Carr, drummer for KISS, died of complications from a rare form of heart cancer.  He was 41 years old

Here's a drum solo in remembrance