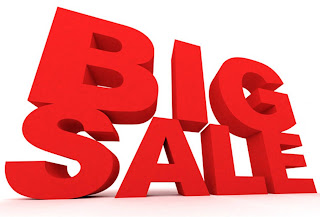 I'll have the store open this morning from 8am-??? 'til I go to Saint John for the KISS concert this afternoon....I'm extemding the sale today....60% off everything 'til I closed.

That includes: New & Used Vinyl, Cds & Dvds, Clothing & Merchandise & much more
Posted by Live Wire at 4:26 AM No comments: 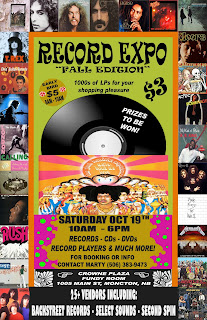 From the Twisted Sister Web Site: We Are Twisted F*cking Sister! is the official name of the upcoming film from Andrew Horn, following the first 10 years of Twisted Sister and its long, hard road to a record deal. It’s expected out within the next year. 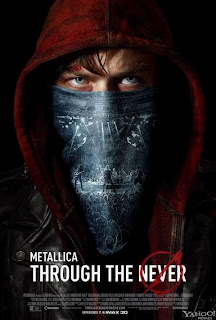 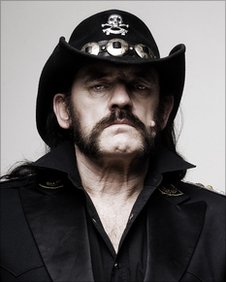 Lemmy is on the road to recovery following his recent health scare. Lemmy suffered a hematoma in June and also was on a defibrillator due to trouble with his heart rhythm; the medical issues caused the band to cancel some European dates.

Guitarist Phil Campbell recently posted online, "Hey, everyone out there. Better prepare yourselves big time, 'cos our mind-blowing new record, Aftershock, will be coming out [in September]! Lemmy is on the mend and we are gonna be touring our asses off!!! Business as usual real soon!" 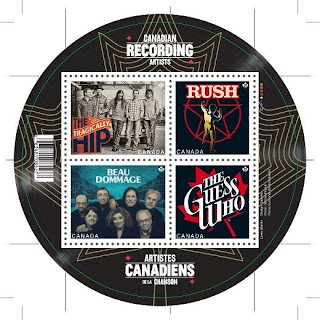 Canada has honoured our canadian artist Rush, The Guess Who, The Tragically Hip and Beau Dommage with new Canada Post music stamps.


birthday wishes this week to: 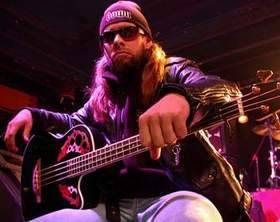 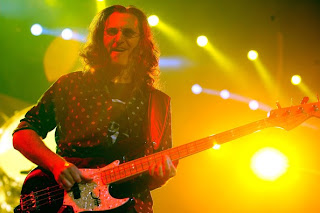 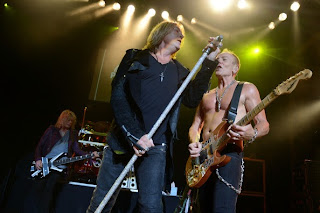 Write-up about Live Wire in the french paper today

The free french paper "L'etoile" was doing an article about the Kiss concert coming up
and herd I was a big KISS fan. 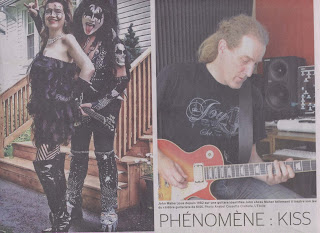 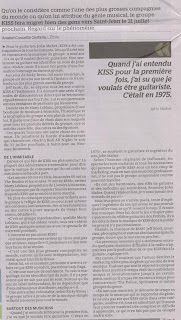 Answer to "Name That Headbanger" 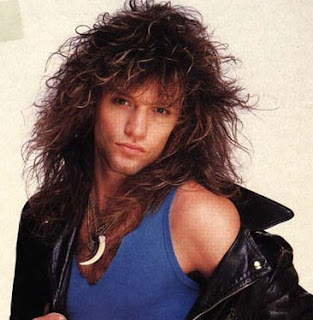 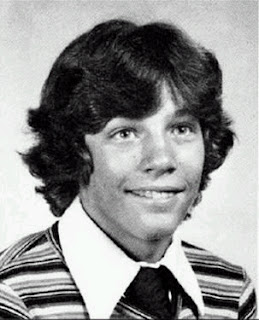 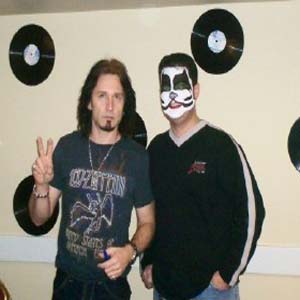 As well congrats to everyone who participated.
Enjoy the discount

Final hint to "Guess This Headbanger" 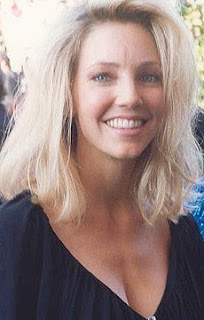 His Guitarist was married to Heather Locklear at one point

Answer will be revealed tomorrow morning....Everyone who emailed me the right answer will recv
a 25% off discount on top of the summer sale.

Email me the answer @ livewirerecords4u@hotmail.com
Posted by Live Wire at 7:27 AM No comments: 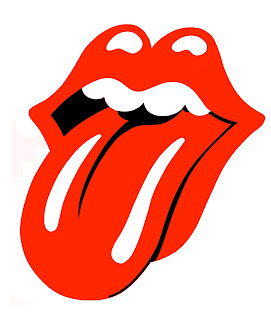 I'll be open from 11am - 5pm and the summer sale continues today:


.....Beat the heat and join us for some great deals, good stories and loud music!
Posted by Live Wire at 7:07 AM No comments:

Hint to the answer of "Name That Headbanger" 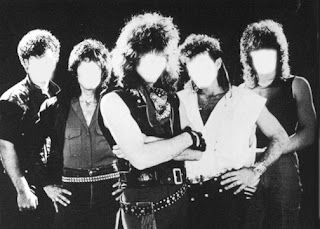 Email me your answer @ livewirerecords4u@hotmail.com
Posted by Live Wire at 7:27 AM No comments:

Nice hair! It’s 1977 and this rocker is a young high school freshman in Metuchen, NJ. Who is he?   Email us your answer @ livewirerecords4u@hotmail.com before Sunday, July 21st and receive 25% off everything in store merchandise.
Posted by Live Wire at 10:51 AM No comments: 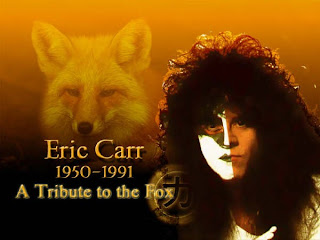 Today, July 12th, would have been Eric Carr's 63rd Birthday. Please take a moment and remember a
an incredible drummer, who loved his fans as much as they loved him 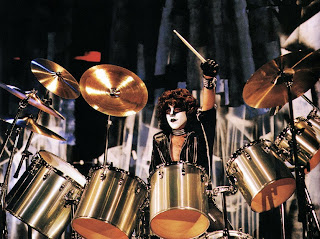 Here's a tribute in memory of the KISS legend
http://www.youtube.com/watch?v=y6pb5ePIswA 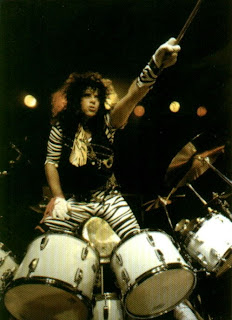 RIP Eric Carr
http://www.youtube.com/watch?v=wIZoGAOyS3M
Posted by Live Wire at 6:59 AM No comments:

Decided to come to the store early guys and gals....So beat the heat today and join us for our summer sale.

75% off
-Vinyl records $5 and under
-Books
-Magazines
-Tapes
-Vhs Movies/Concerts
Posted by Live Wire at 5:33 AM No comments:

Here's what going on: 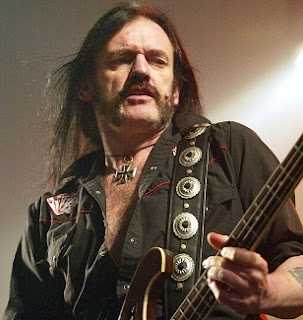 Due to Motorhead frontman Lemmy Kilmister’s ongoing health problems, the band has cancelled the remainder of its scheduled summer 2013 European tour dates at the urging of his doctor. Last week,word spread that Lemmy was suffering from a hematoma (a collection of blood that has leaked outside the vessels); prior to that, it was reported that Lemmy had undergone a procedure to have a heart defibrillator installed.

Motorhead drummer Mikkey Dee told the Swedish press, “Everything started with him falling and getting a nasty blow to his hip a little over a week ago.” He added that the injury was exacerbated when a fire alarm went off at the London hotel he was staying at and Lemmy  had to walk eight flights of stairs. Said Mikkey, “He needs to have his body drained of fluid and that can’t be done too quickly. When he remains in bed and can’t move, he can easily get pneumonia.

Mikkey later said, “I am worried because he’s not doing so well right now, but he’s improving, even though it takes longer for him than anyone else to become well. Now that the doctors feel that he shouldn’t go out and play you’ll just have to accept that order.” About the tour cancellation, Mikkey said, “We’re really sorry. But we’re not canceling because of a cold and this is something we’ve put a lot of thought into … It’s so f***ing typical, but what are you going to do? You have to put health before everything else.”  Motorhead’s 21st studio album, Aftershock, is expected out in September/October. 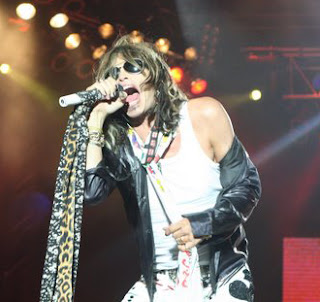 Aerosmith singer Steven Tyler is making plans for knee replacement surgery sometime later this year. “My knee is giving out," he told RollingStone.com this week. "I had ACL reconstructions, and in November, I'm getting knee replacement surgery. It'll take me about three or four months to recover...I've had so many operations on my knees and feet that just to be standing is a miracle. But to turn around and do one of my spins where I don't fall, that's the sh*t! But hey, all these years have taken their toll on me."

Downloaded is the name of a just-released new documentary chronicling the rise and demise of file sharing site Napster. In the trailer, you can view Metallica drummer Lars Ulrich's infamous appearance before a Senate Judiciary Committee in 2000 when he accused Napster of hijacking Metallica’s music and making it
available for free download.

In putting together the documentary, director Alex Winter [one-time actor who starred in The Lost Boys] told Billboard.com, "One thing I did not count on was the level of rage that still exists. It's kind of shocking to me how many people are just as angry in 2013 as they were in 2001… Clearly, the artist is not getting compensated well enough yet. There's just so much need for better architecture." 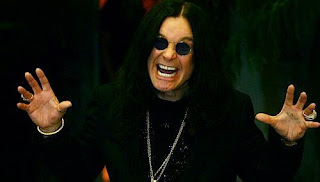 Black Sabbath singer Ozzy Osbourne recently talked with ShortList about the inspiration of the band’s single, “God Is Dead?”: “ I was in a doctor's office and there was a magazine in there with that line on the cover. I thought, 'Yeah — people flew planes into the World Trade Center because of God, there's all this f*cking sh*t going on in the world in the name of God.'" Bandmate Geezer Butler added,” "Ozzy gave me that line, and I wrote the lyrics."

In other Black Sabbath news, drummer Bill Ward is preparing to debut a new and unusual collection of fine art created from rhythm on canvas. He’s put on a trailer in advance of unveiling the collection on August 1st
http://www.youtube.com/watch?v=JP0vyyu1D2A&feature=youtu.be 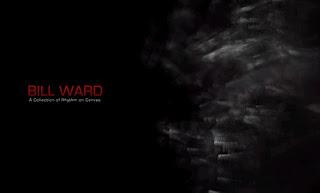 you can also check out http://billwarddrumart.com/

As well 1 rock legend that we will never forget 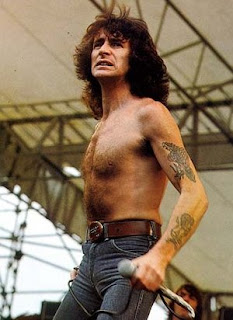 On 15 February 1980 Scott attended a session where Malcolm and Angus Young were working on the beginnings of two songs that would later be recorded on the Back in Black album; "Have a Drink On Me" and "Let Me Put My Love Into You" with Scott accompanying on drums rather than singing or writing lyrics

On 19 February 1980, Scott, 33, passed out after a night of heavy drinking in a London club called the Music Machine (currently known as the KOKO). He was left to sleep in a Renault 5 owned by an acquaintance named Alistair Kinnear, at 67 Overhill Road in South London.

The following afternoon, Kinnear found Scott lifeless, and alerted the authorities. Scott was rushed to King's College Hospital in where he was pronounced dead on arrival. It has been contended that pulmonary
aspiration of vomit was the cause of Scott's death, but the official cause was listed on the death certificate as "acute alcohol poisoning" and classified as "death by misadventure".

Scott was cremated and his ashes were interred by his family at Fremantle Cemetery in Fremantle, Western Australia.

Shortly after Scott's death, the remaining members of AC/DC briefly considered quitting, however, it was eventually decided that Scott would have wanted them to continue and after the encouragement of Bon's family that they continue, the band hired Brian Johnson as the new vocalist.

Five months after Scott's death, AC/DC finished the work they began with Scott and released Back in Black as a tribute to him with two tracks from the album, "Hells Bells" and "Back in Black", dedicated to his memory. It is now the second best-selling album in history, behind Michael Jackson's Thriller.

His grave site has become a cultural landmark; more than 28 years after Scott's death, the National Trust of Australia decreed his grave important enough to be included on the list of classified heritage places. It is reportedly the most visited grave in Australia. On 7 July 2006, to mark his 60th birthday, the Metropolitan Cemeteries Board completed refurbishments on the Bon Scott Grave Area. This consisted of a Bon Scott Arch and Memorial Entrance gate off Carrington Street in the north-west corner of Fremantle Cemetery.
On 9 July 2006, 60 years to the day from Scott's birth, the bronze plaque was stolen from the site.


Here's a tribute to a Rock Singing God
http://www.youtube.com/watch?v=s3nEAmt5AZ8 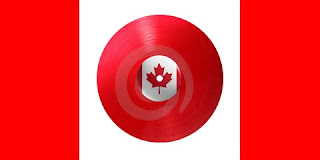 Live Wire will be open today from 9am - 2pm maybe 3pm

Everything is "Half Price" including: