The Doors have a new song out today. The Doors. “She Smells So Nice” is the band’s first song in 40 years, and it features vocals by the late Jim Morrison. The bluesy jam was re-discovered by L.A. Woman co-producer Bruce Botnic, who was reviewing album’s original session tapes while working on a remastering project. Morrison’s vocals aren’t well captured; he sounds muffled and a bit abrasive — maybe that’s why the song never made it on the original record — but it’s nice to hear his sultry growls all the same. The song’s release marks the (belated) 40th anniversary of that seminal 1971 album.
Read More: http://www.facebook.com/thedoors 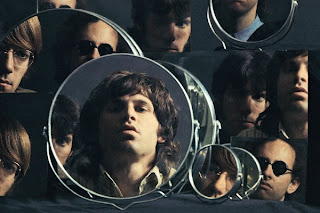